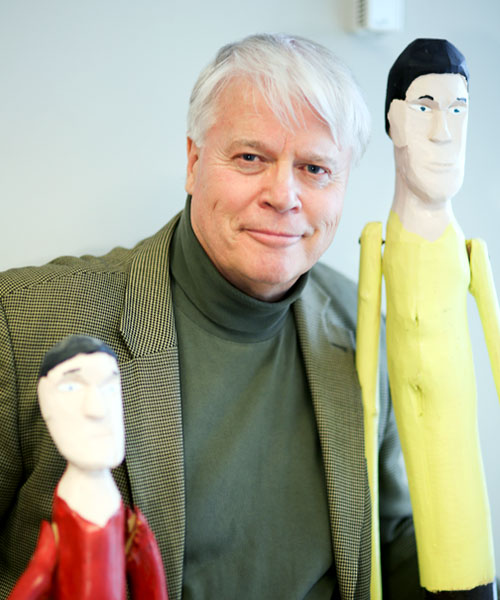 View all articles by David Baker ...

David grew up in Toronto believing it was right to stand outside the fence, if that was the principled place to be. His mother, an early feminist, and his father, a progressive with Mennonite roots, encouraged him to use law as an instrument of social change.

While at the University of Toronto’s Faculty of Law, David established Canada’s first legal aid clinic housed within a psychiatric hospital. “Law works, but only for those who can get through the door,” he observes. David was exposed to trade union-side law as an articling student at the pioneering law firm of Cameron Brewin and Scott. In search of a new way to deliver legal services, he joined Ralph Nader in Washington where he practiced public interest law.

When he returned to Canada, David shared his vision of a public interest law centre with the leadership of the disabled community. Together they worked to establish ARCH, the Advocacy Resource Centre for the Handicapped. David became its founding Executive Director.

David was active in securing the inclusion of persons with disabilities in human rights legislation and in the Charter of Rights and Freedoms. His LL.M. thesis, published in the Supreme Court Law Review, served as a blueprint for Charter litigation. David then pursued real equality as counsel in a series of cases before the Supreme Court of Canada, from O’Malley and Andrews to Eldridge, Grismer and Lovelace. “Canada’s jurisprudence is the envy of equality-seekers around the world. Based on precedents that have already been set, many existing barriers will be found to be discriminatory,” he says.

David has been at the forefront of a remarkable process of legislative reform. Regrettably, recent political setbacks have moved much of the struggle for equality back to the courts, to labour boards and to human rights tribunals. “My energies at Bakerlaw will be committed to furthering the rights and interests of the disadvantaged while at the same time defending what has already been achieved.”

David will continue his active government relations practice and will continue to serve as an advisor to boards and commissions. David also designs and presents seminars for trade unions, equality-seeking groups and professional organizations on a wide range of equality rights and workplace topics, including the duty to accommodate.

David’s lifetime partner is Birthe Jorgensen, a criminologist who has worked as an academic, with the NDP and as a health policy advisor. They have two children, Zeke and Stoney.

Check out Our Cases (link) to see David’s appearances before the Supreme Court of Canada, as well as other appellate courts.

David’s current commentaries can be found on the Bakerlaw Blog (link).

“The Relationship Between Long-Term Disability Benefits and The Duty to Accommodate: The Plaintiff’s Perspective” (2010), [co-authored with Erin Hallock] Word | PDF